This is the page where I’m supposed to tell you a little about me. I figure I’ll tell you everything from how it started up to date…so here I go. 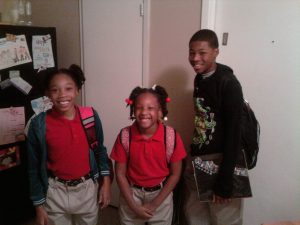 I’m a Christian father of three who loves hip hop and marketing. I was given a gift to create lyrics so naturally, I used that gift to create rhymes about Jesus. I have a record label called Mo Serious Entertainment that I use to produce and publish my music. I’ve been running MSE since high school.

My other passion and career are in internet marketing. I started doing search engine marketing back in 2001 with a company called Pop Labs. I learned tons about SEO, PPC, web design, and social media during the 6 years I was there. It was at Pop Labs where I created the SEO Rapper persona. It actually started because of a challenge from a former co-worker named Brad. We were assigned the topic of link building and were to present it during an internal company conference. After seeing about 5 boring powerpoint presentations, I joked that I would rap about link building to make it interesting. Brad then challenged me saying I couldn’t do it. Never been the one to back down from a challenge, I did it. The VP of Pop Labs at the time, Kelsey recorded it and suggested we Youtube it. I had a YouTube channel for Mo Serious that I was using for promoting my gospel music so I said alright, I’ll put it on there. That was the start, Link Building 101. After it began getting noticed, I did another one called Social Media Addiction. I was kind of lazy on that one and didn’t take the time to memorize it first. I wrote it and did the video on the same day (reading from my tablet). Soon, I was getting requests to do other topics so I did Paid Search 101. It was after Paid Search that I created the name, SEO Rapper. I followed Paid Search with Conversion Closing which by the way is one of my favorites. It is also one that didn’t get that much attention. It was focused on converting the leads you get from doing internet marketing into paying clients. The raps were going viral and it was lots of fun, mainly because they were easy to compose. I was actually doing all of the things I was rapping about every day for our clients. The internet marketing conference SES New York was approaching and one of the organizers of the conference contacted us and asked if we were coming. The president of Pop Labs, Gene McCubbin had the bright idea of putting the songs on a CD (I titled it Lyrical Marketing) and giving them away at SES as gift items and then selling the rest. I thought this would be a great opportunity to debut Design Coding. The video was already complete but hadn’t been uploaded yet. They agreed so we went there and they showed the video after the keynote speaker. It was well-received. I had been doing a little dance in the videos (only dance I know how to do). After people kept asking what the name of the dance was (which didn’t have a name) I called it the Page Rank. Long story short, we uploaded it to YouTube and by the time we made it back to Houston, it was already over 10k views. It went to 100k in 1 week. Design Coding has been the most popular of all of them by far.

I began getting all sorts of opportunities. The first stop was Atlanta for StomperNet Live 6. I performed and met the owners, Andy & Brad, we had some interesting talks. I went to San Francisco and met Matt Mullenweg, founder of WordPress, at Wordcamp. He’s a cool guy. WordPress is my platform of choice by the way. I went to Seattle and composed a project for PBS’s show Biz Kids. I had a blast down there. Slowly my situation at Pop Labs began to plateau. I was a manager and that was about as high as I could go at the time. StomperNet sent me an offer I couldn’t refuse. I left Pop Labs.

Working with StomperNet was an extraordinary experience while humbling at the same time. It was there where I learned about video marketing, email marketing, and affiliate marketing. While at StomperNet, I composed Social Media Rap (Online For Hours) which was based on a true story. They truly have marketing geniuses on the staff and it was a pleasure to soak up everything…not to mention they practically tripled my Pop Labs salary. While working at StomperNet, a company called E-Webstyle was doing a weekly podcast and asked if I could come by for a live interview, and I did. You’ll understand why I informed you of that soon. My stay at StomperNet was short-lived due to some company rearrangement including new ownership and management changes.

I began doing some freelance internet marketing for various companies. With much more free time on my hands, I composed Page Rank. My son came with me for the video shoot and made his cameo appearance. Shortly after that, I was contacted by a good friend of mine, Brian Horn. I had done some training with him years ago and he told me about a product he was launching called Be On Page 1 of Google. He told me about his plans to launch the product using video and email marketing. Being fresh from StomperNet, I knew exactly what he was doing and how to do it. I saw the product and it worked. I also knew that he was a genius at internet marketing as well, so I supported it. He cut the check and gave me some affiliate opportunities and I composed the Be On Page 1 of Google rap. 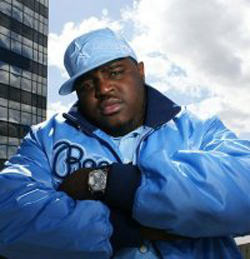 Still freelancing and working from home, I was actually missing the corporate office environment. It’s good to have like-minded individuals to bounce ideas off of. I didn’t have the start-up capital to open my own internet marketing business so I prayed about it, updated my resume, and began looking for opportunities. I got an email from Google Alerts containing a link to the transcript of a recent internet marketing podcast. It was E-Webstyle and they had mentioned my name in the podcast and were commenting about how they enjoyed the first interview and should probably do another. By this time, I had composed Social Media Marketing. I had been to the studio and recorded the audio but I hadn’t recorded the video yet. I contacted them and agreed to do another interview and debuted the audio version of Social Media Marketing live on that Podcast. After the interview, I began observing how they do business. A small company that thinks big. They operated with integrity. They had several clients and were looking to grow. Me and Chris Burres, the owner, sat down and had a long discussion about what they wanted to do in the future and what they needed right now. I explained my situation and how I felt I could help. The deal was done and now I’m the internet marketing specialist at E-webstyle.

While at eWeb, which is now EWebResults, I produced Social Media Marketing and had the opportunity to do some traveling. Shout out to Aaron Goldman.  We had an epic SEO Rapper vs PPC MC battle that included some video battles and a live rap battle on Captiva Island, Florida. Chicago was next, for the Heartland Mobile Council.  I produced a custom rap for them and a video. It was cool too. They brought me and my wife out and we were able to tour Chi-town.  The highlight of my rap career by far has to be the Salesforce Party at Club Prive in Atlanta.  They brought me out to celebrate a milestone they hit with Perdot.  The whole experience was dope.

I had a blast at eWeb.  It was a pivotal moment in my career. They provided an opportunity to grow and a platform to be creative…The Best SEO Podcast.  I spent 8 years managing search engine marketing campaigns, developing processes, customer service, networking, sales, researching, and podcasting….all at the same time.  I learned so much and have nothing but love for eWeb…but I had to go.  We were at a weird point, opportunity came, the timing was right and I moved on.

Funny story…a guy calls me and sounds like a sales rep.  20 seconds in, I hang up…ain’t got time for this.  A few days later, the guy calls back…” don’t hang up…my name is Rob, I want to schedule some time to meet with you”. Long story short, Rob is a partner at Marion Integrated Marketing and they needed an experienced SEM person. I started at Marion in July 2017.  It was great…working with some extremely talented people, and producing phenomenal work.

Two years later, MARION made some changes.  They let me go.  It was crazy too. I was killing it…then out of the blue, we need to terminate you.